Enter your City name or Pincode

Kargil represents the untouched beauty of exotic Ladakh. This ancient town in Ladakh has uniquely different culture and surprises for the visitors. Going by its name, Kargil is derived from confluence of two words, viz, Khar (castle) and rkil (center). It means the land situated amid castles or kingdoms. It is located on the famous Srinagar - Leh highway and is the second largest town in region.

The place derives its strategic significance from proximity it shares with Pakistan’s border. It also has enchanting beauty of Kashmir valley spread on its southern side. With all these, Kargil is the paradise for adventure seekers as well. It offers breathtaking views of Himalayas along its trekking and mountaineering routes.

Places to Visit in Kargil

The irrefutable beauty of this place is equally matched with its spiritual existence. It houses some of the most ancient and revered Buddhist shrines. Though the area is predominantly inhabited by Shia Muslims now, it is famous for these monasteries and gompas. Let us explore the tourism in Kargil district through its various attractions like:

It is one of the oldest monasteries in this entire region. It is situated in Sani village of Kargil. Sani monastery was built during the era of 1st century by King Kanishka, a ruler from Kushana Dynasty. It holds great religious significance as one of 8 most venerated monasteries in the world. It houses one of the 108 chortens as a symbol of Buddhist shrine. This chorten or stupa is named as Kanika Chorten. It was visited by the famous Buddhist Gurus like Padma Sambhava, Marpa, and Naropa.

This ancient monastery has capacity for forty monks and it houses a museum inside it. Along with its picturesque locales, Rangdum displays beautiful Tibetan and Ladakhi artifacts in its museum. This monastery was supposedly built in 8th century.

It is one of the largest monasteries in this region. It is characterized by the white washed blocks that include temples and residences of nearly 150 monks. It is situated atop a mountain along Stod River. The entire complex of Karsha has Zanskar’s largest library, 2 assembly halls, and 8 temples. It also houses a beautiful and priceless Thangka along with many other precious scrolls.

This monastery in Mulbekh village is located at a height of 200 meters from road. Along with several relics of Buddhism, it is particularly famous for the 9 meter tall idol of Maitreya Buddha carved out of a rock. This idol dates back to 8th century. It is believed that some missionaries had brought this idol to Mulbekh monastery during that time.

This small monastery in Shargole village must be visited for its exquisite frescoes. It is an old monastery which was named as Ge Lugs Pa Monastery. Inside its gompa, there is an idol of Avalokiteswar and Tara. It has picturesque setting atop a hillock and a small Buddhist nunnery is also located below this monastery.

It is the second largest monastery of region with 60 monks residing here. It is built on the top of a hill on Zangla Road at distance of 20 km from Padum. The Go Khang or temple of deities in Stongday Monastery is its prime feature.

This 11th century monastery was by famous Buddhist scholar Naropa. It belongs to red hat sect of Buddhism and houses around 150 monks. The place is must visit for its exquisite frescoes and thangkas adorning the gompa. The famous legend about this monastery says that Lamayuru was an ancient lake. Its water was dried and confined to mountains to establish this monastery. 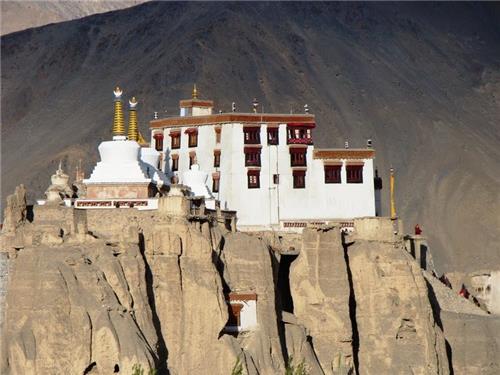 It is a cave monastery located along Padum to Kishtwar trekking path. It is associated with Naropa who is believed to have meditated in the two caves around which it is built.

The natural bounty of Kargil is clinched in Suru valley. It begins from Kargil and stretches further to Penzi La. The valley beholds scenic views during spring season. The orchards of apples and apricots along with poplar and willows can be seen extending across the valley. 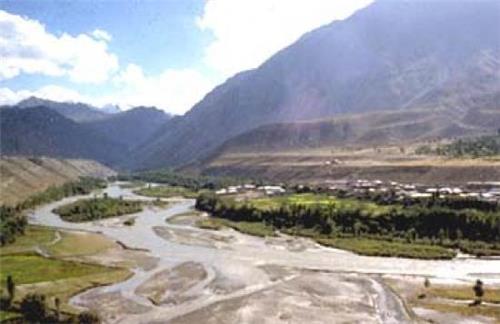 In the cold desert of Ladakh, this valley is a lush and fertile land offering greenery all around. You can enjoy the majestic rise of Nun Kun peaks from this valley and also take an adventurous trek from Suru valley to Drass.

It is also called as Foker. To reach Phoker or Urgyang Rizong, you have to climb a steep hill from the flat plains of Phoker. The place is a circular plain surrounded by mountains and serene caves. In these caves, it is said that famous Buddhist saint Padma Sambhava meditated for long time. His hand prints and other prominent Buddhist relics are still present there.

It is a small and historical village located at distance of 15 km from Kargil town. It is serene destination with ruins of ancient forts and castles along with lots of natural beauty to admire.

This is a must visit place in Drass of Kargil district. It was built by Indian Army to commemorate the victory of Indian troops in Kargil war of 1999. The memorial is built with pink sandstone. It has names of all the soldiers and officers who sacrificed their lives with honor in this war, engraved on a wall. There is an epitaph and War Gallery showcasing the weapons and photographs related to the conflict that continued from May 8 to July 26 1999. It is situated along National Highway 1 D which makes it quite convenient to reach. 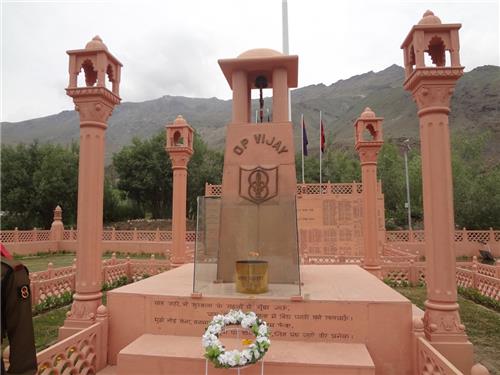 This museum is also called as Munshi Aziz Bhat Museum of Central Asian and Kargil Trade Artifacts. This public museum runs in a private property. It exhibits the memorabilia of ancient silk route passing through Kargil to Central Asia. It has rare artifacts relating to the trade culture of 19th and 20th century. It has perfect setting with scenic views of Suru River and valley.

Tourists with adventure streak discover Kargil as a paradise. The region offers some of the most exotic treks to its lush valleys, arid deserts, and high mountains. These treks are delightful for the stopovers at tranquil monasteries and other natural attractions this place offers. However, one thing to remember that none of these treks is easy to follow. So, gear up properly before taking on the expedition to the untamed beauty of Kargil. 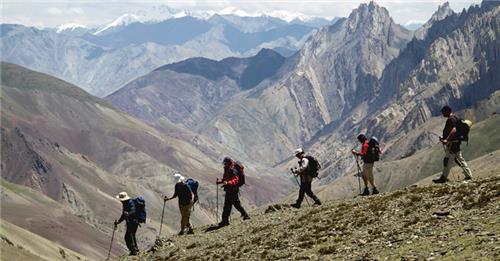 The famous trekking routes in Kargil are:


Where to Stay in Kargil

Kargil is a remote town in Ladakh region. It was opened for tourists in the year 1974. Since then, the place has progressed tremendously in tourist friendly infrastructure. As such, many accommodation facilities are also available here. These include government guest houses, dak bungalows, and private hotels. Some of the famous hotels in Kargil include Hotel Greenland, D’Zojila, Siachen, Kargil Continental, Caravan Safari, etc. You can stay at J&K TDC Tourist bungalow in Kargil. It offers comfortable stay with all necessary facilities.

For most of the year, Kargil remains closed and isolated due to its extreme weather conditions. The winter season is strictly avoidable to reach there. Heavy snowfall and landslides make it quite difficult to survive during these months. For pleasurable sightseeing and adventurous trip to Kargil, May and June are the best months to visit. The weather remains comfortable during these months as compared to inhospitable climate of winters.

How to Reach Kargil

Kargil is one of the toughest places to explore in Ladakh region. In fact, it remains blocked for seven months from November to May due to heavy snowfall. The only motorable roads open throughout the year are Kargil to Drass Road and Leh to Kargil Road. Most of the other roads and passes remain closed due to landslides that are common in this region during winter months. 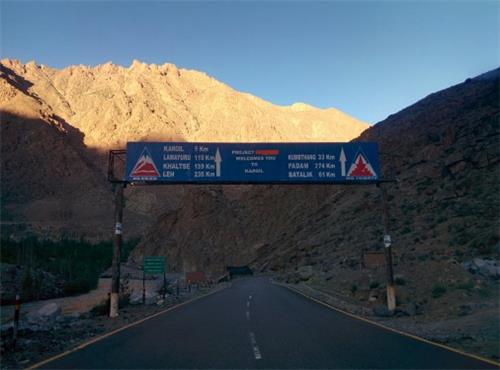 For the rest of year when routes are open, government buses ply between Kargil and Zanskar. These buses reach to most of the places in Suru Valley. There are buses running between Rangdum and Zanskar as well as Zanskar and Sangra Panikhar. Direct buses ply from Srinagar to Kargil on daily basis.
Apart from buses, taxis are also quite convenient mode to reach this destination. The taxis are available from Leh to Kargil, Kargil to Padum in Zanskar, Kargil to Rangdum, and Kargil to Srinagar. Taxi fares for one way journey ranges from Rs. 3500- Rs. 7400 while return journey costs anywhere between Rs. 4500- Rs. 10000.

Comments / Discussion Board - Tourism in Kargil